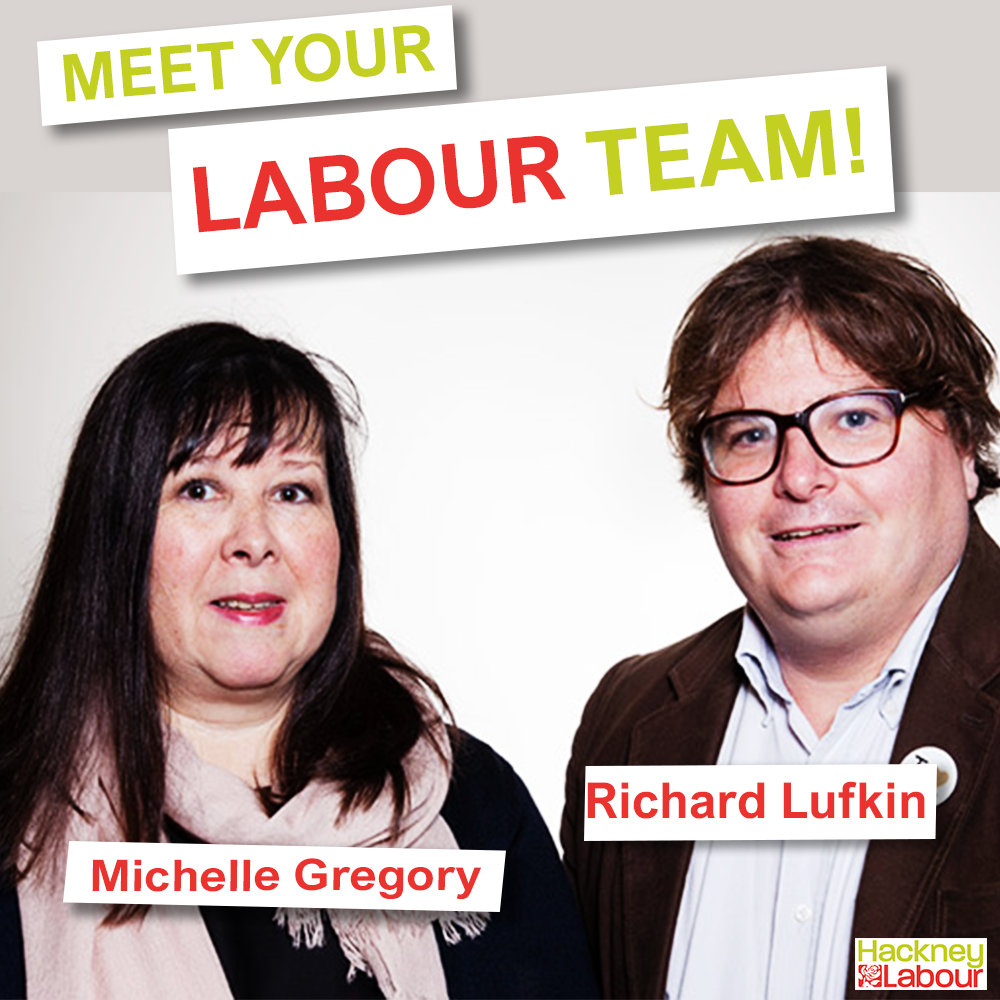 It’s Day 10 and we are nearly half way through! Today is Shacklewell, where Cllr Michelle Gregory and Cllr Richard Lufkin are standing for re-election!

Michelle has lived in Hackney since 1981, and has always been active in housing and community arts. She has been a councillor in Shacklewell since May 2010, working hard for residents in the area.

She has been involved in campaigning for improved housing management including estate communal decorations, repairs and tackling damp. Michelle has also played an active role on the Living in Hackney scrutiny commission, looking at issues to do with the night time economy -; with particular attention to the problems facing Dalston residents. She also supports the local Community Advisory Panel with the local Police, and the Joint Action Group that addresses anti social behaviour in Gillett Square.

Michelle’s priorities include working with the community on local improvements to Shacklewell, representing residents on local issues and ensuring that there is specific outreach to residents on estates.

Richard has lived in Hackney for 9 years and has been a councillor in Shacklewell since 2014.

Richard is an active member of his tenants and residents association where he is involved in trying to hold the housing association to account to all residents. He is also a member of London Cycling Campaign in Hackney and has worked to promote cycling in the borough.

As a councillor, Richard hopes to be involved in working with the council to improve the provision of affordable housing. He would also work to help promote cycling, as well as being a hard working and approachable representative for local people.

Both Michelle and Richard are standing for reelection on 3rd May 2018!